I am a poet, a writer and a streetartist.

I started pasting poems in the streets in 2013. 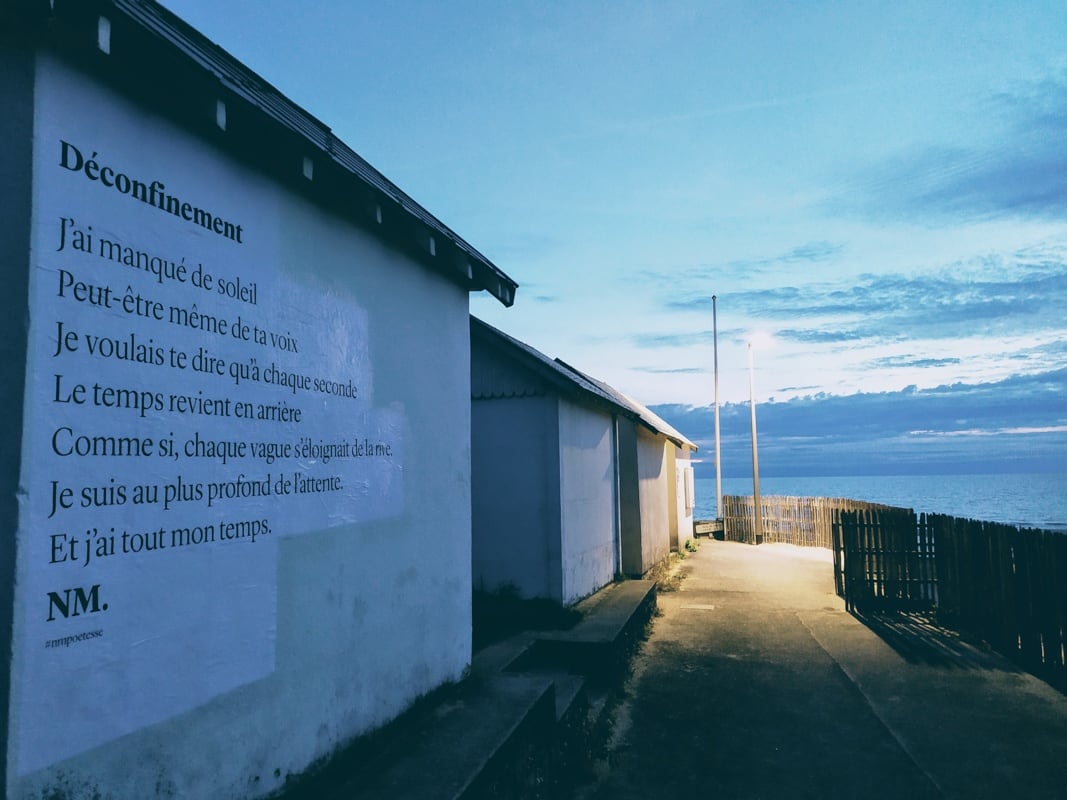 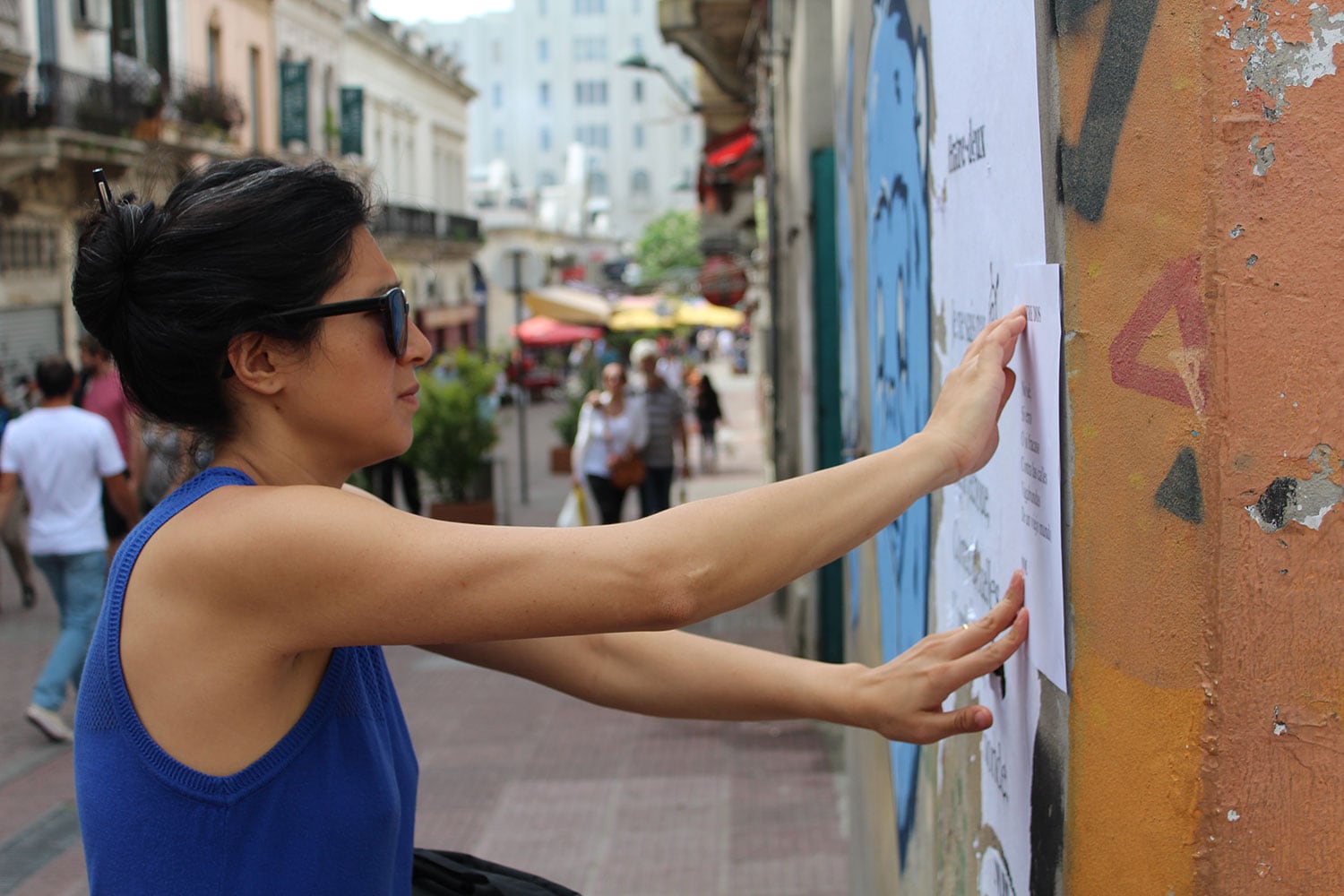 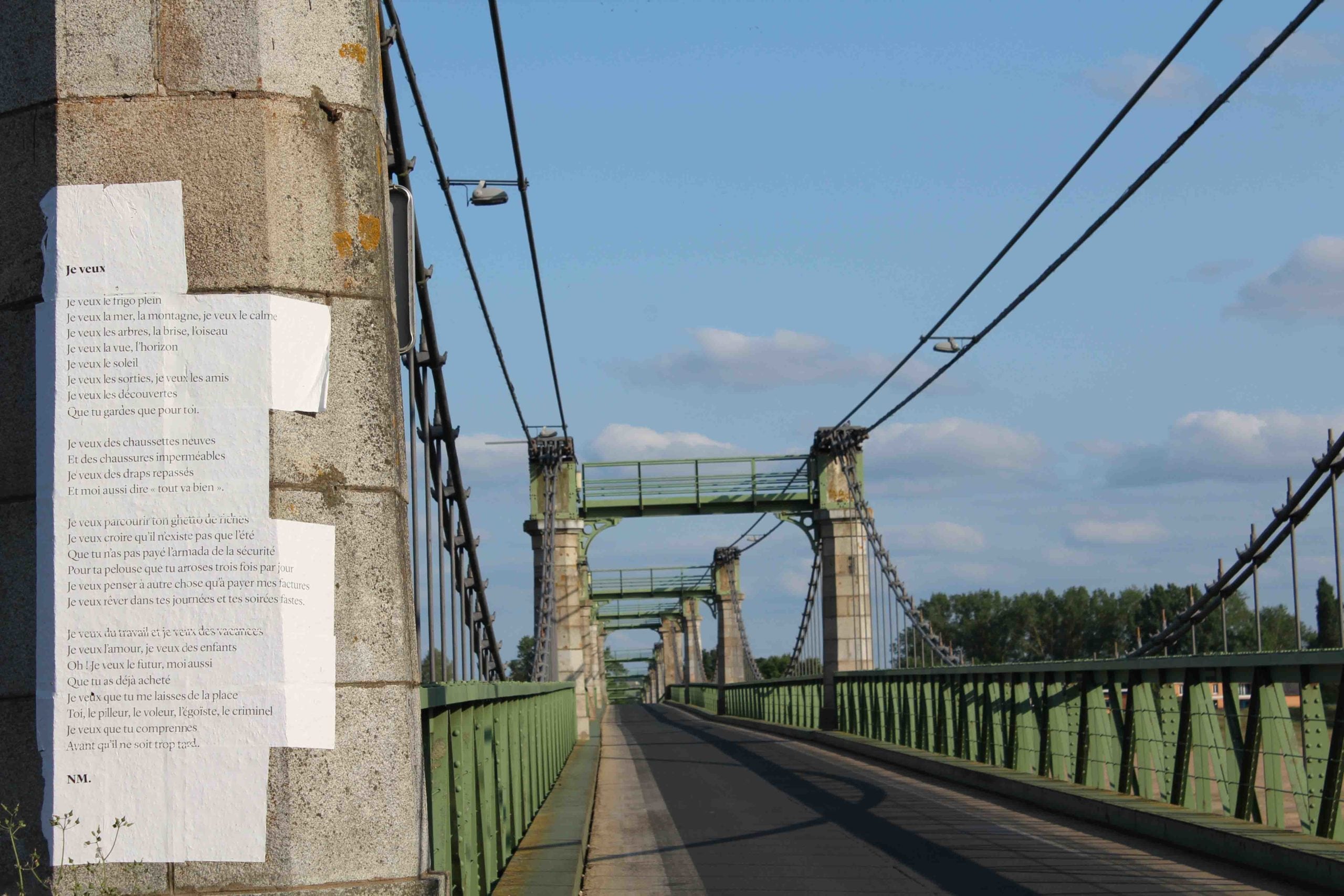 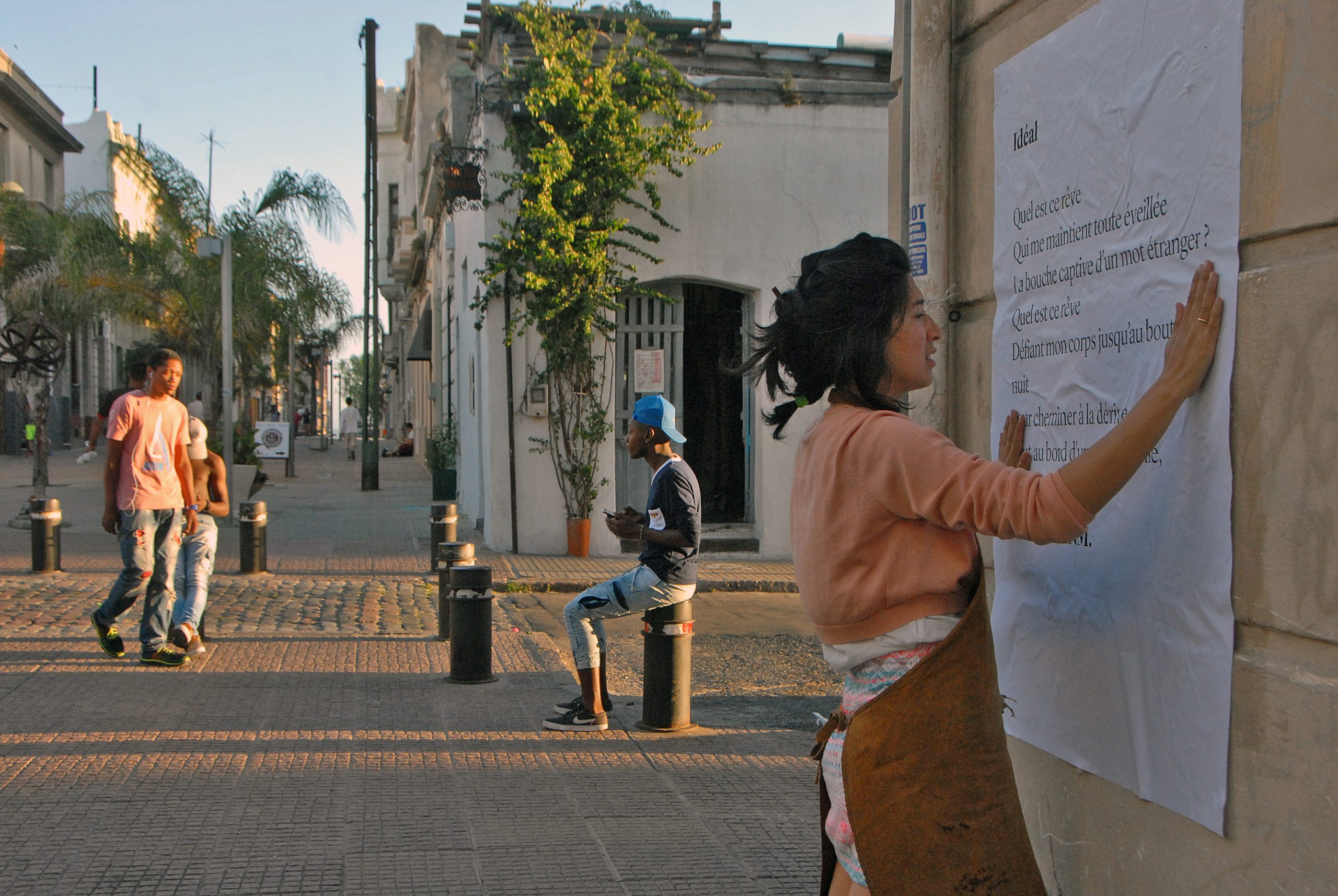 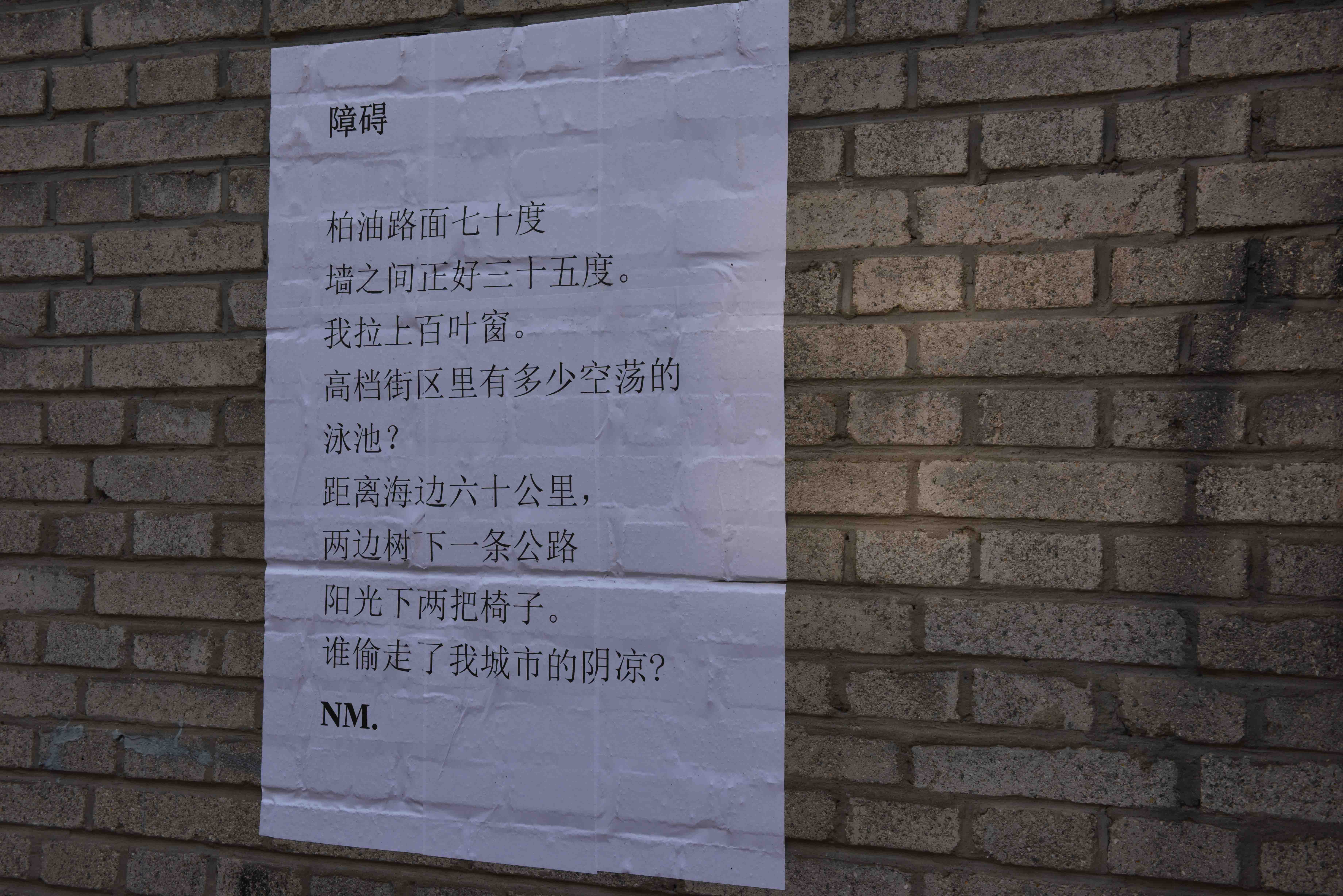 Here’s a selection of pictures of streetpoems. You can also find them on the map !

Read the photo-story done during the lock-down with Amelie and Julien.

Share with me pictures of my poems still “alive” in the streets of our cities.

Sometimes a notebook isn’t enough for writing a poem.

Because the poem is never finished. Because it is nothing until someone reads it, completes it, erases it, tears it from the wall, glues it back together, until someone tastes [takes?] it and hires it as a bearer of meaning, as a message that will breathe life into an open dialogue that is open to all.

Are words still needed on city walls ? Do you stop by to read them ? Would you take the time to write a comment ? Without any aesthetic ambition, does text catches your attention ? I hope to meet you on my nocturnal jaunts.

To our pencils, pens and charcoals; to our eyes, ears and imagination.

To our friendship through poetry and dialogue !

First of all, I wanted poetry to get out.
I wanted poetry to be at anybody’s reach, on the walls of the cities, where everybody walks, runs and sometimes, stops by and think and read.
I always assumed people would stop walking to read them. They would also write on them, change verses, draw things on it, tear it from the wall…
People would re-write my poems.
I had a PhD project in mind about urban writings (comparative literature/semiology). I wanted to study the theory of textual cooperation by Umberto Eco.
I wrote a manifesto. I thought about three criteria to paste my poems :
The poster had to be
Simple (no design)
Readable (big letters)
Accessible (a child, someone in a wheelchair could write on the poem)

My poems had to be short, efficient. I would paste everywhere at anytime.
I started doing this in Paris, summer 2013. I haven’t stopped since then.
I’ve pasted around France and the world. You can read them as far as Montevideo, Papeete, Capetown, Berlin…

Listen to the interview

It is a poetical glossary of my perceptions while living in Paris. Key words: poverty, erotism, urban.

ORDER IT
OTHER BOOKS

If you want to know more about my poetry workshops, read this in French or send me an email.

All the poems are available in lots of formats !

You want to know more and you are fluent in french? Go for it!