I’ve said I’ll write in English so you (you= friends from here and abroad) will be able to read me.
It’s been a while (seven years) since I haven’t written anything in English except some letters to my British friend so … good luck !

I have been caught lately in « the vertigo of traveling ». What I mean by « the vertigo of traveling » is the feeling that I could keep on traveling forever, go down (or up it depends) from discovery to discovery, unravel the sensation of getting lost, of not knowing anything about the reality I’m living in right now. I could imagine never coming back home, keeping on traveling forever.
I enjoy this so much that sometimes I’m even afraid of it. What if I decide to never come back ? What if I keep on living like that ?
I enjoy not knowing what’s the change rate. I don’t know how much things cost. Because I’ve been counting every penny for years so I could be sure I would pay my rent, the health insurance etc. so I’ll be able to live (or survive) I now do not want to care at all about it.
And I’ve been thinking : why do we need money ? WHY doest it even exist ? Money is absurd. (And yet, we need it.)

Also, I come from a country where things are pretty tensed right now. Everybody, I guess, has read or heard about the « yellow vest movement » . And I support them because I feel « social injustice » and in that matter, that matter alone, they have my 100% support.
Do you know this government took off the tax for the wealthiest people in our country ? Those who have more money they could live on are not taxed. Isn’t that ironic ?!

Do you know the Army was sent today by my government to protect the « official buildings » ? That I am now afraid of protesting ? Afraid to lose a hand, an eye, to get beaten by the police force (the one that does illegal things and doesn’t get caught, how come ? ). Also, maybe I’m not confortable to be marching with some neo-nazi, extreme right-wing thinker, although they are not the majority. At least, so my friends say, and I trust them. But still, I am afraid of marching.

This trip is my vacation and my brain-healer.

I am staying in Taichong, in the West of Taïwan. I came here nine years ago and I’ve always wanted to come back. I wanted to see friends I met at the time, and I had great memories of this country. The government is now DPP (democratic progressive party) and the President is a lady called Ing-wen TSAI. I just bought a magazine called « Taïwan review » (the government publishes it) because the title was: « Top guns, 18 inspirational women discuss their success in male-dominated professions » So far (I haven’t finished reading it), I am surprised the « Top guns » are single and have no kids… Can’t you be a « top gun » with kids and a boyfriend (or many if you’re in a « open relationship » or of course, many again, if you are cheating on your partner) ? When you travel this country, you see rice, banana, pineapples fields. There are salt fields too. I am surprised to experience so much air pollution now (it wasn’t the case in 2010).
It’ already very hot (although it rained today and we lost almost ten degrees celsius). But so goes climate change. In my country it’s also way hotter than it used to be. Winter is shorter, and temperatures are way too high. Although, I left Paris with 10 degrees celsius, rain and wind. Ironically then, I arrived here with wool socks, sweaters, a duck feather-coat and winter shoes. I’ve tried to wear jeans and a t-shirt but I resigned and bought a dress in Tainan.
« The South » as they call it, « somethink like South Italy, people don’t care about traffic lights etc. » I assure you it is wilder than Taichong, but nothing like Italy. Ha !

I couldn’t help it, and I pasted two of my poems in Chinese (translated by Jing Chen) in Tainan walls. They didn’t last long. Exactly like in Beijing.
Why ?
I wonder why a poem like :
白日如夜

can’t be pasted on walls around here ?

I’ve been pasting my poems for the past six years in France, Uruguay, Berlin, Tahiti, South Africa (the last 3 places my friends did paste them for me, I couldn’t afford to go, thank you guys).

I must admit I recognize many places. I can say « I’ve been here before ». But was it really me ? It was the « nine years ago me » and somehow we are not the same person, we don’t like the same things anymore. And I feel grateful I’ve got older.

PS: I took this photography in Tainan’s Art Museum. It is a painting by Huang Ming-Chang. 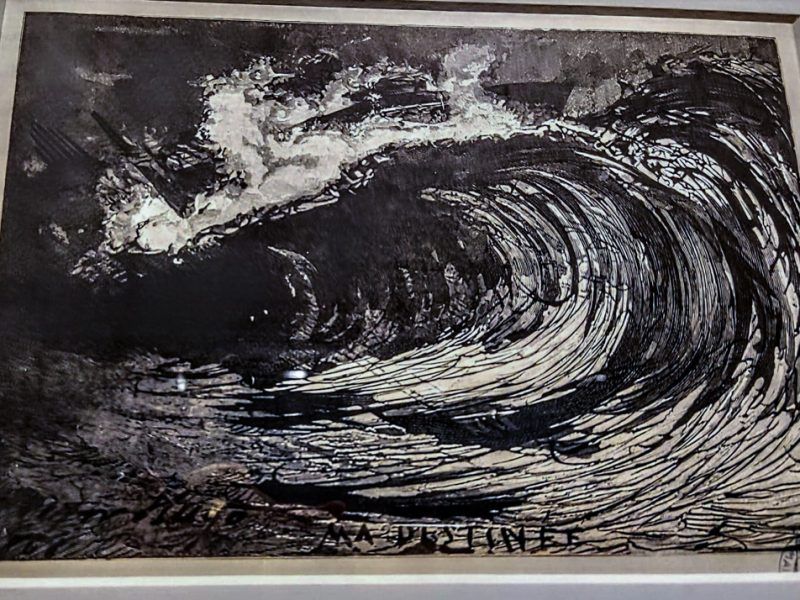 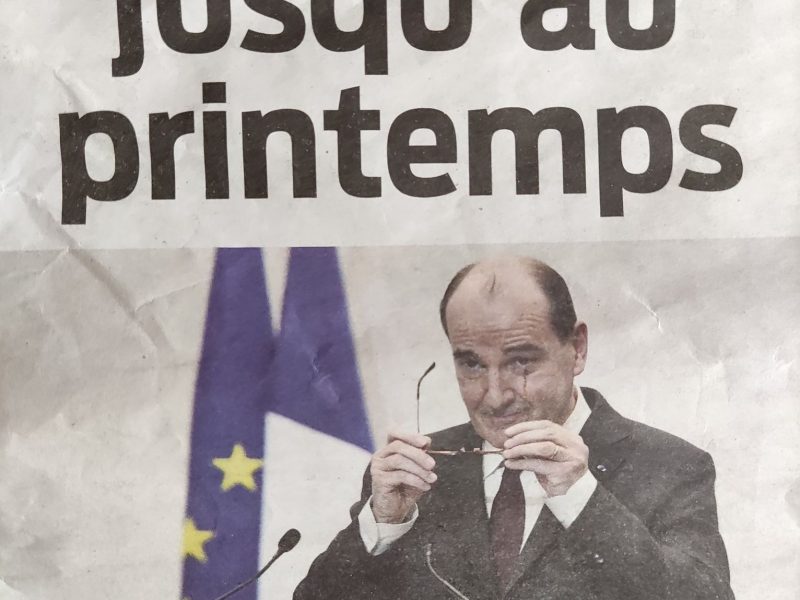